On Saturday 10th November, the 5th European Creativity Festival came to an end with the awaited announcement of the most important recognition of the Art Directors Club of Europe Awards that celebrates the best of European design and advertising. The Kuudes identity for Espoo Museum of Modern Art EMMA’s exhibition, Olafur Eliasson: Pentagonal Landscapes, won the golden prize in the category of editorial design. Kuudes was thereby the only Scandinavian agency to win gold in the ADCE Awards 2018.

Only entries that have been awarded at a national level can qualify to ADCE Awards. That’s why the competition is often called “the Champions League of Creativity”. This ensures an elite selection in which every single entry that a judge sees has already been nominated as a standout piece of creativity.

In total, 720 creative works from 24 countries entered into the 27th edition of the ADCE Awards. The jury was comprised of 62 leading creatives from 20 different countries. Altogether 27 entries were awarded gold, and 42 works got silver.

See all the winners 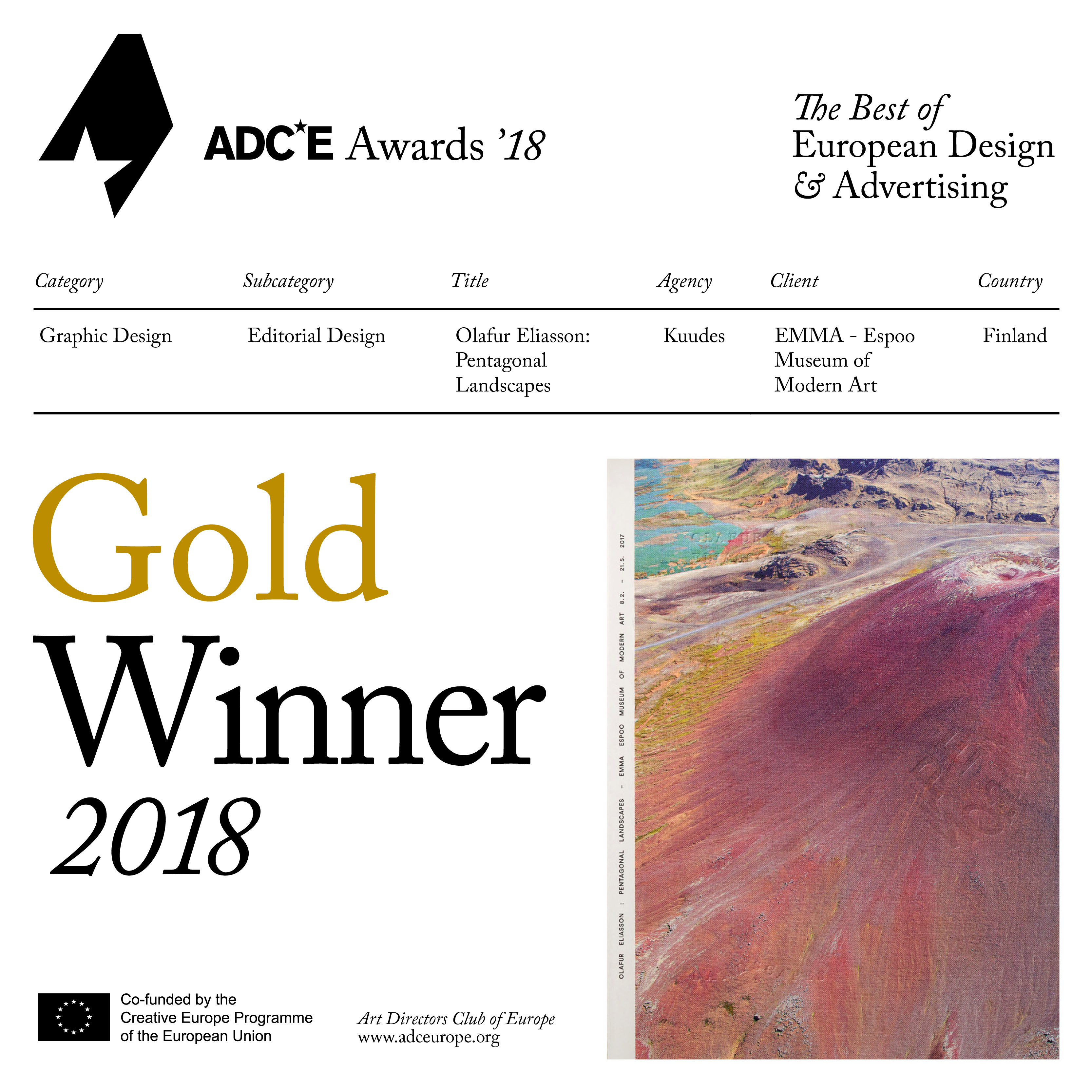 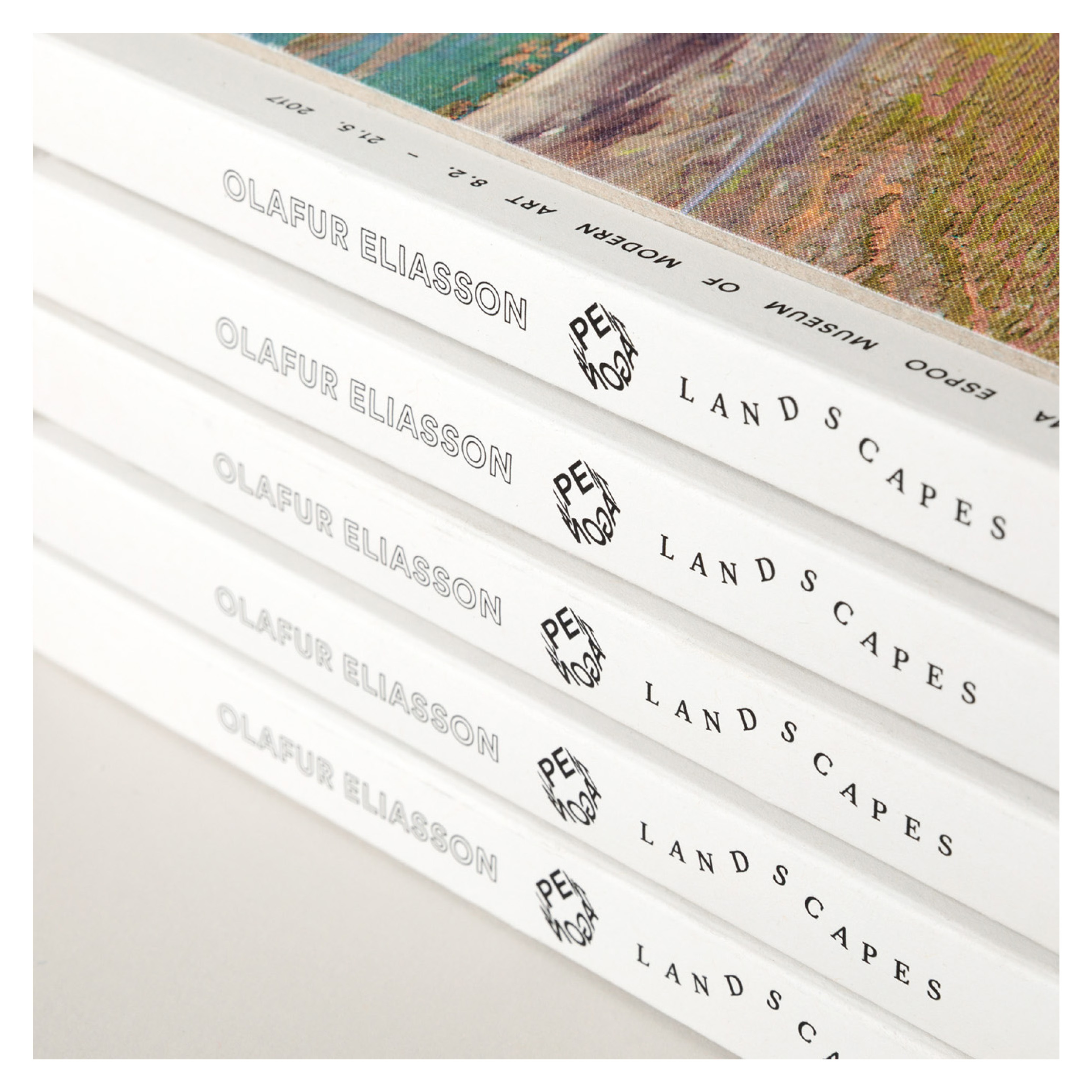 Take a look at the winning project:

A fluid exhibition identity in sync with the artist’s vision